GET INFECTED, TOUGH IT OUT, GET BACK TO WORK

Let’s get one thing clear immediately. The virus started in China. I’ll always love Peking Duck, but bat soup? I don’t care what the woke Lord Mayor of London Sadiq Khan says. There is nothing racist about all this. More importantly, the Chinese are now recovering fastest and they will steal a lead on the rest of the world. There is only one solution for the rest of us. Get infected, tough it out, get back to work. 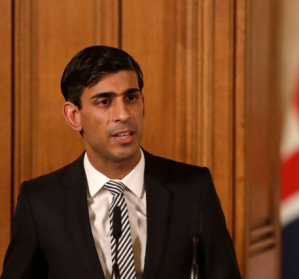 Chancellor Rishi Sunak may turn out to be the best Prime Minister we’re yet to have, but not even he can magic up a trillion pounds to sub our wages to Christmas.

Forget Boris’s jaunty “We’ll beat this in 12 weeks”. Batsh*t. The Chancellor’s first monster rescue package was a £330 billion loan – the government only pays if those loans default. The pledge to meet 80 per cent of wages costs an eye-watering £240bn a quarter. The UK is a £2 trillion economy. Unsustainable.

Find a vaccine – yeah, yeah. By 2021. Unless the nation catches coronavirus, survives and gets back to work this will end in anarchy and bankrupt Britain. And trust me – that’s the message the Government really wants to put out.

Instead of setting up testing centres, they should give the young, the fit, the option of going through Infection Centres. Start the #I’VEHADIT movement. One week of hell, a small price to pay.

Get Nike and Adidas to make millions of skip caps and T shirts with what would be the world’s biggest hashtag. #I’VEHADIT – I am disease free and off down the pub. Coronas all round, barman.

You old people – stay out the way because we don’t have the capacity to look after you, no NHS beds. Lock yourself away please, come out of hiding when the rest have had it. Best Mother’s Day advice – don’t kill the old dears with misplaced kindness.

I have the science to back this up – but please consult your own physician, this should not be taken as medical advice. Unless you’re bonkers. I am in contact with a leading surgeon, his hospital is on a war footing, the beds already crammed with corona victims. I have also spoken to a survivor. 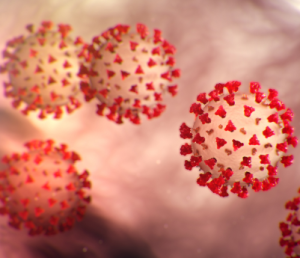 The Coronavirus causes the disease Covid 19

In time-honoured fashion I will maintain his anonymity. He is in his early 30s. He returned from Dubai end of last week, felt increasingly poorly. By Sunday he was full on corona. He also infected his wife and one-year-old son.

By Wednesday he was able to join a conference call. Had a dreadful throat, headaches for two days, cramps, no nausea, but all deeply unpleasant. His one-year-old was the least affected. By Friday – one week post Dubai – he was recovering nicely, thankful that to be clear and able to see his near family in complete safety. He is young, healthy – and cured.

If you’re hoarding loo roll, it could be a wise move. The surgeon reports that some victims are suffering serious diarrhoea and nausea. All the rest of the symptoms as well. Especially a weird taste sensation. No-one can quite describe it. Next week all soon-to-be-qualified students – doctors and nurses – are being press ganged onto wards in anticipation of Armageddon.

My solution: There is one. Apart from Rishi Sunak for PM. We need out of this right now, and that means infecting the fittest fastest. The world can’t survive six months of this. Money, food will run out. The rule of law will break down.

I hear a lot from Tim Martin, the rent-a-quote boss of JD Wetherspoon. We are now paying 80 per cent of your staff’s wages. Select the youngest and fittest for a volunteer army, lead them personally to the nearest hospital and sign up to assist. We are risking our young medics – so get your bar staff doing the heavy lifting. Better than sitting at home whining.

And that goes for everyone else in all other supported industries whose markets have collapsed. Get helping, get infected, get in work. Once you’re clear, stick on your #I’VEHADIT T-shirt.

Most of all – go back to work, get the country moving again. The Chancellor’s hero, super economist John Maynard Keynes, said prophetically: “In the long run we are all dead”. A century ago, he didn’t have bat plague in mind.

Steve Sampson is former Assistant, Northern and Scottish Editor of The Sun newspaper, and a Director of Trinity Mirror publications. He was a launch presenter of Radio5 Live, founder of First Press Publishing and contributes to the BBC. He is an investor/owner across a series of digital initiatives, and a media adviser.

Steve Sampson has held senior positions in media principally with Mirror Group and Murdoch newspapers. He also founded First Press Publishing which was acquired by Trinity Mirror in 2000 where he served as a Director on various TM companies. He heads up a portfolio of digital assets in online and mobile with connections in the UK and US which include a global launch this year. He was one of two founder Vice Chairmen of Ryder Cup Captain Colin Montgomerie's cancer charity at the inception but now takes no active part.
View all posts by Steve Sampson →
This entry was posted in Media. Bookmark the permalink.