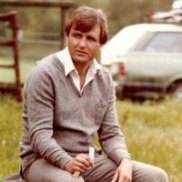 Steve Sampson is a leading media figure holding senior editorial executive positions with News International and Mirror Group.  He is a founder/backer of a series of digital initiatives and media commentator for the BBC and other news organisations as well as having been a launch presenter of Radio5 Live.

Educated at Loretto near Edinburgh, his father was a cornerstone industrialist in the creation of the Hillington Industrial Estate near Glasgow. A London Scot, he was capped for Scotland, captained The Barbarians, flew Spitfires in the war reaching the rank of Wing Commander.  His mother Margaret was a spy with MI6.

He served as a Director of several Trinity Mirror companies after they acquired his start-up First Press Publishing for £5M in 2000.  He was Assistant Editor, Scottish Editor and Northern Editor of The Sun Newspaper.

His mantra is simple:  “It’s not the shit you’re in, it’s the speed of recovery from it”.